The Power of Lavender

Herbalism: A Phenomenon Of New Age In Medicine

published by the Internet Journal of Phamacology

Herbal medicine was the first human medicine found to date back to prehistoric times when humans discovered through trial and error method that certain plants had healing power.

During the ancient civilizations of herbal remedies were codified and, eventually, compiled into books.

In European Herbalism, herbal tinctures evolved and made their way over to the United States. See:

Different cultures use herbs located in their geographical locations in different forms for curing common illnesses.

Aromatherapy is the use of oils from herbs and other aromatic plants to achieve relaxation or relief from a disorder.

Ayurveda and Chinese herbal medicines are ancient healing systems from India and China stresses the mind and body relationship in the maintenance of good health. 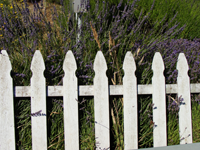 published by the Internet Journal of Phamacology

Public interest in the healing properties of essential oils was revived in the early twentieth century in France when a French chemist accidentally discovered the soothing properties of lavender oil while working in his laboratory.

The chemist had burnt his hand and dipping it instantaneously into lavender oil, which just happened to be lying close at hand, not only helped to soothe his pain but also prevented scarring. This motivated the French chemist, named Gattefosse to research and write on the subject of Aromatherapy. 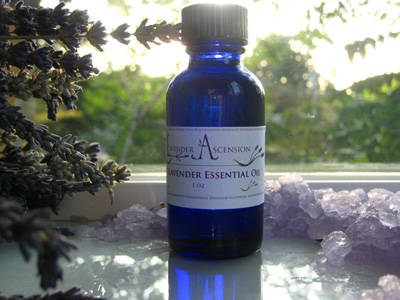 Lavender Essential Oil is commonly known for these properties: 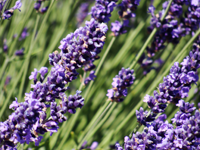 A soothing, comforting massage oil. Imparts a feeling of well-being and helps relieve tension when massaged into the neck and shoulders. 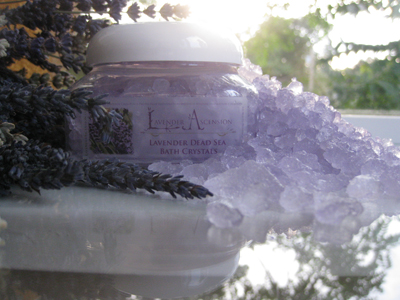 Lavender Dead Sea Bath Salt Crystals: this traditional treatment of eczema & psoriasis to naturally heal the skin, has been used in the Middle East for thousands of years.

The Dead Sea is one of the world's first health spas dating back to the time of the bible's King Herod.

Dead Sea Salts were used in the secret preparations and ointments used by the priests of ancient Egypt. Imagine using the same secret ingredients used by queens of Egypt to have smooth, silky skin.  During the Egyptian conquest it is said that Queen Cleopatra obtained exclusive rights to build cosmetic and pharmaceutical factories in the area.  King Solomon and the Queen of Sheba also frequented the Dead Sea for it's healing powers.

Aristotle wrote about the remarkable healing waters of the mineral rich Dead Sea.

For millenia, travellers came to the Dead Sea, know for its legendary healing curative powers for ailments including: 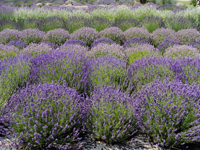 Lavender Ascension Hand & Body Lotion embodies an extra boost of fresh pressed lavender essesntial oil and directly added to our lotion, at the source ~ sustainable family farm, capturing the brightness and youth of lavender's naturally occuring plant estrogens. This is our most popular product. Many use it for it's clinically documented abilities in supporting women who need an extra boost.